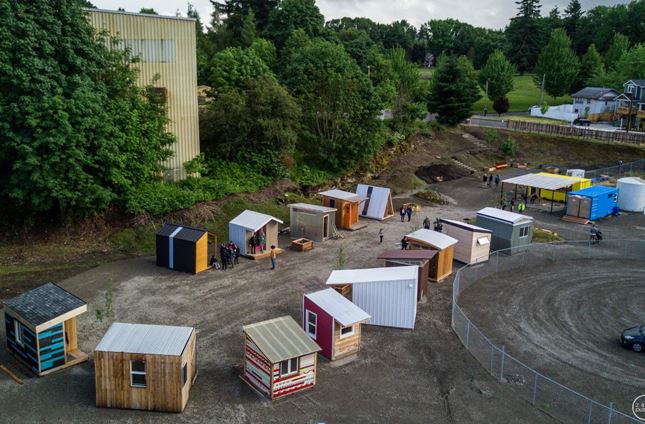 ​This village initiative represents an immensely fruitful collaboration between numerous entities including The Village Coalition, The ReBuilding Center, PSU’s Center for Public Interest design (CPID), City Repair, Dylan Thomas, and communitecture. In fact, the Kenton Women’s Village has proven to be a breakthrough in many important respects. It is a place-based population, so it has removed the usual opposition to site acquisition because this village expressly houses only the most vulnerable women of the Kenton community. It represents the collaboration of 14 design activist firms and organizations who combined their talents in one huge design charrette that excited the entire city of Portland, and then those firms built together over the course of a month until the village was ready to move. The Kenton neighborhood invited the project to come into it’s embrace, and then community dialogues ensued until the overall population approach and site design was determined. Initially located on an interim site, the village is now sited permanently and enjoys permanent infrastructure including electricity to all sleeping PODs. Our role was to co-initiate, coordinate, and inspire this project. We collaborated with the CPID every step of the way, including the construction phase. Our firm built an innovative duplex pod design called the “Doorplex”, entirely sheathed in reclaimed doors. Final stages of this project have been led by CPID, and have also included SRG Partnership in generating permit documents for the permanent site. 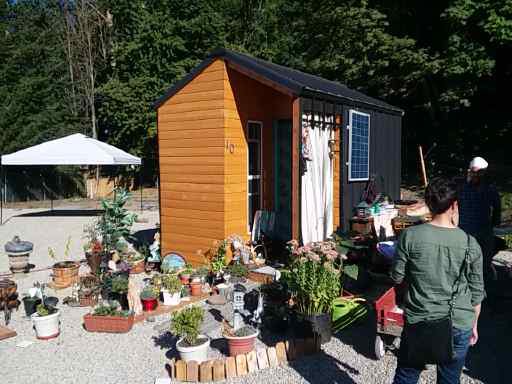 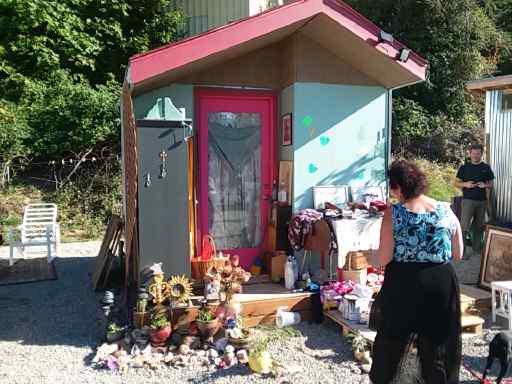 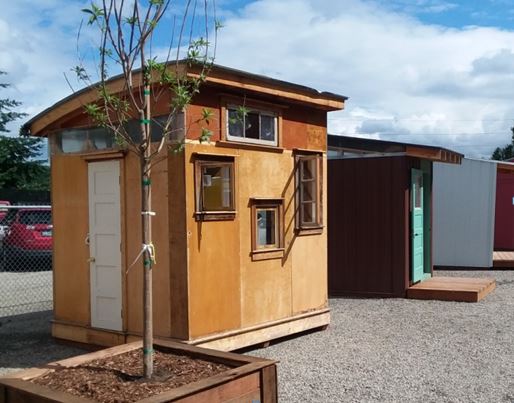 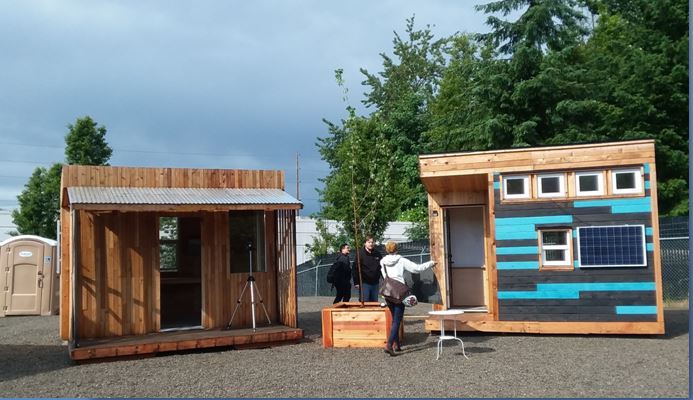 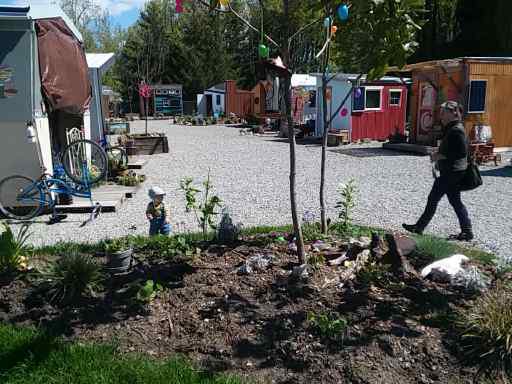 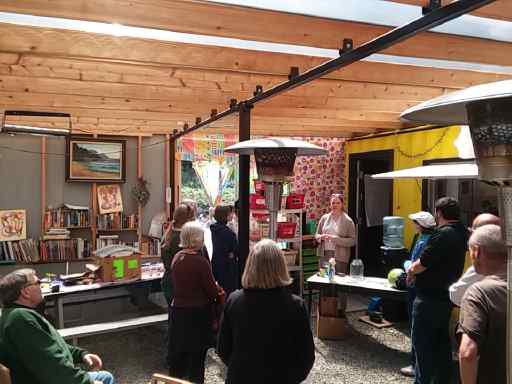 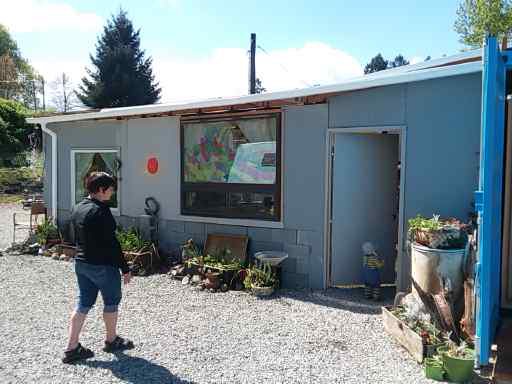 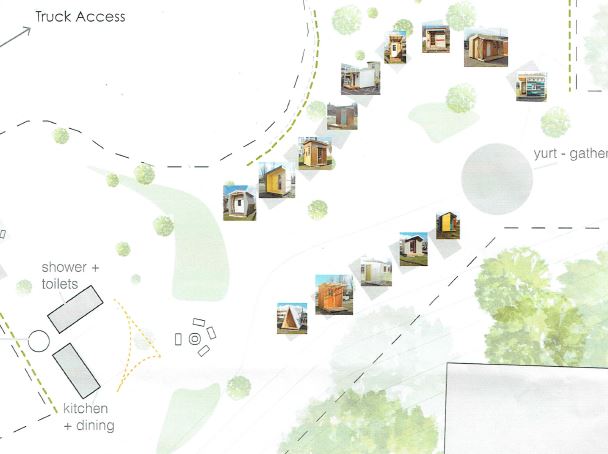 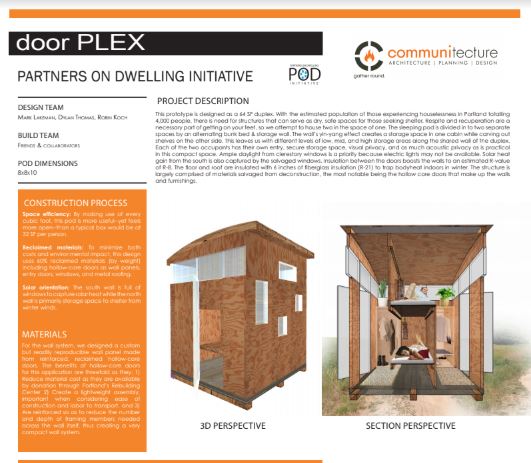 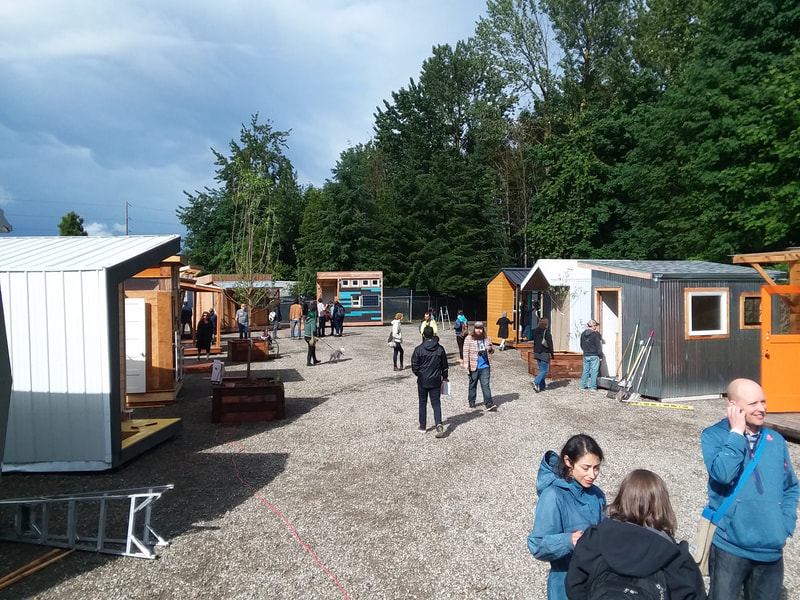