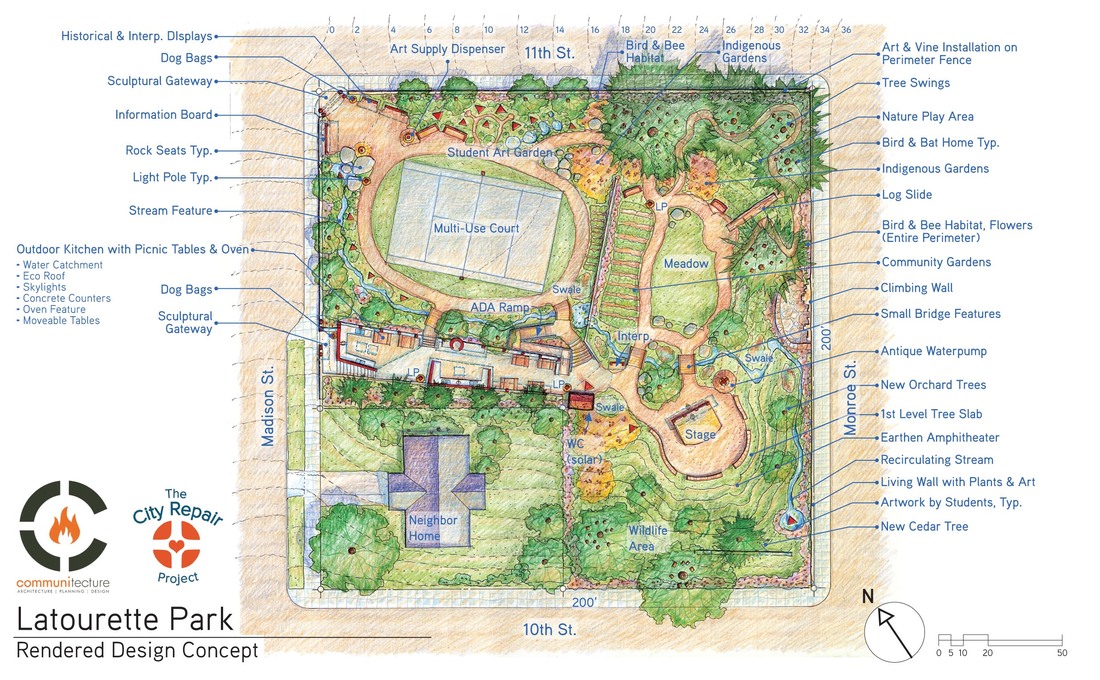 ​The reinvention of this full block neighborhood park has been the inspiration of a very bold Girl Scout Troop. Named for one of the founding colonists in Oregon, Latourette Park is located near the end of the Oregon Trail and is nestled into a historic neighborhood. The park has fallen into neglect in the last many years. Led by the Girl Scouts the surrounding community has rallied to raise funds, and collaborate with City Repair to organize a design charrette event and implementation process. In turn, design staff from communitecture was hired to support and produce design options during and after the event. Held in the actual neighborhood, the charrette resulted in an extensive program of spaces, structures, and ecological infrastructure as well as native plant areas, extensive gardens, public art, play areas, and an ambitious program of planned and informal events. Other major elements include an outdoor kitchen and seating area, interpretive trails and exhibits, and water systems flowing through the site. Work has begun. 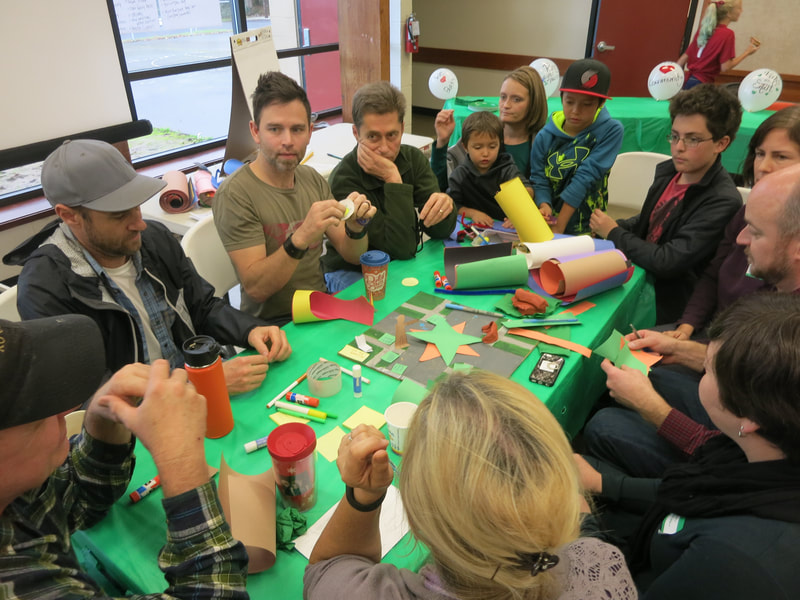 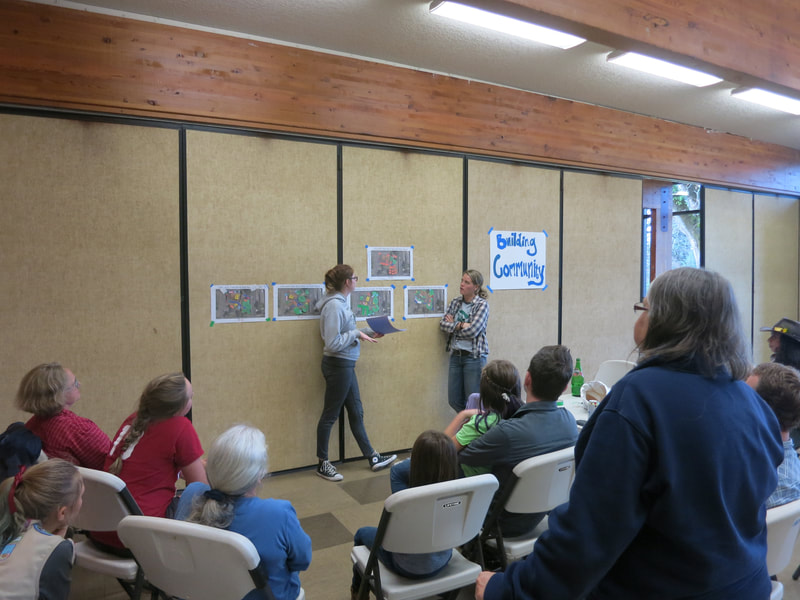 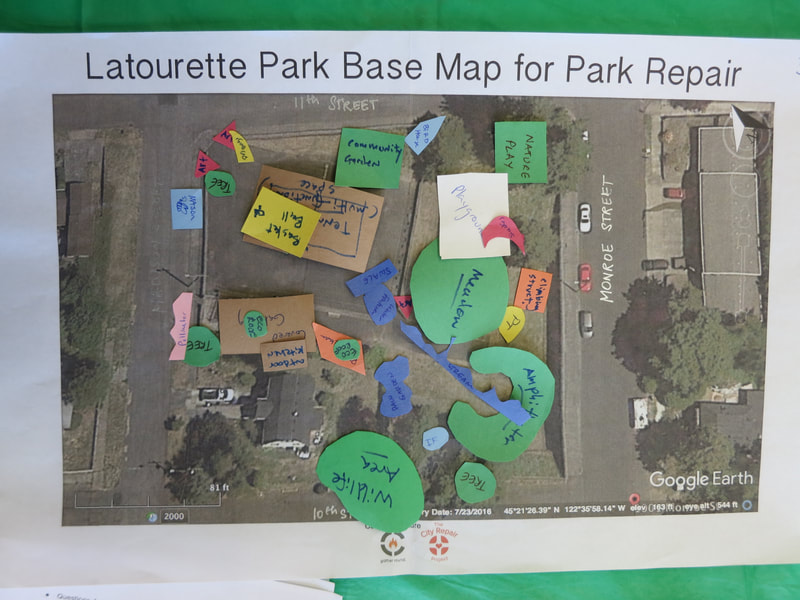 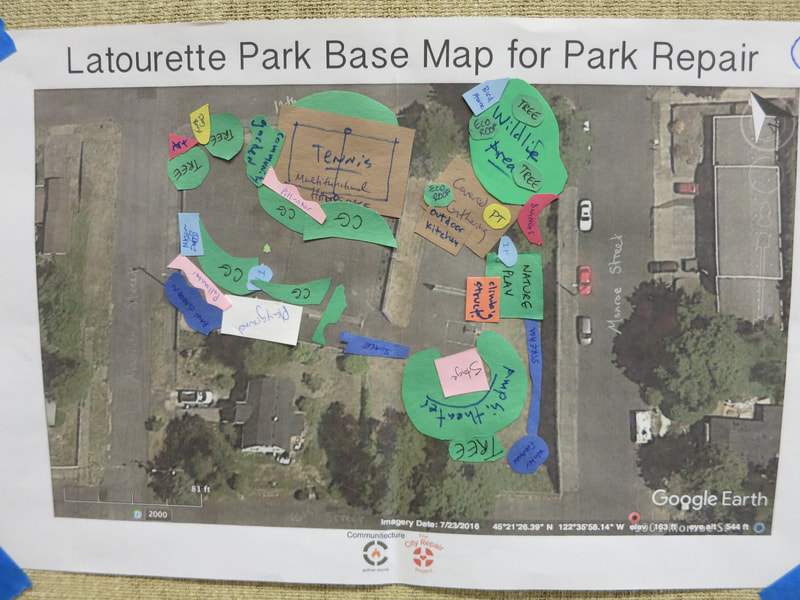 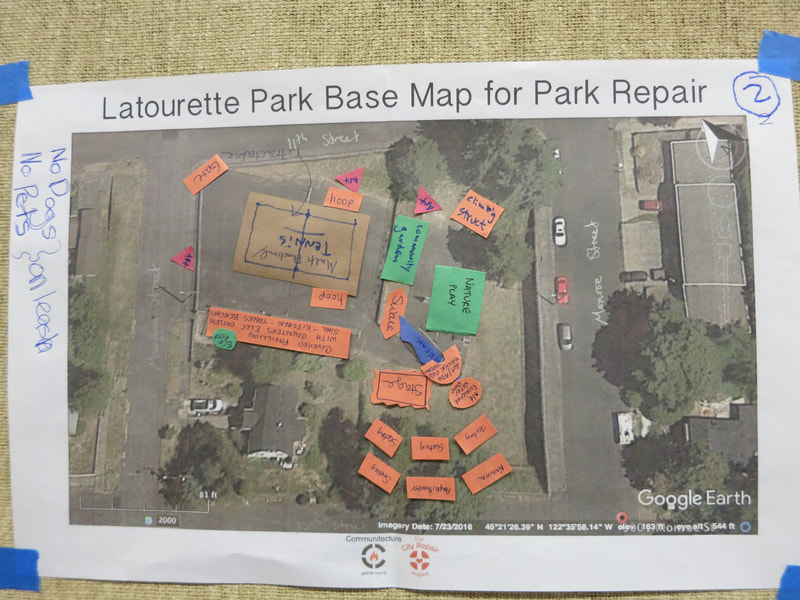