​The various houseless villages depicted here include a site and culturally specific range of some of the earliest villages that have been inspired by both Dignity Village and R2DToo, as well as some of the newest. They include Quixote Village in Olympia (2007), Opportunity Village in Eugene (2011), Om Village in Madison (2011), Hazelnut Grove in Portland (2015), Emerald Village in Eygene (2017), a San Jose Village Prototype for ten village installations (2016), and Agape Village in Portland (2019). To various extents, each one replicates the participatory self-governance model that was first established at Dignity, as well as many of the volunteer based ecological design and construction principals and models. communitecture has provided a range of services for each of these projects, often in partnership with City Repair, including site and building designs, political advocacy, public presentations, meetings with municipal officials and staff, coordination with local advocates, and even remote technical support. We will support any such project based community, free of charge of needed. 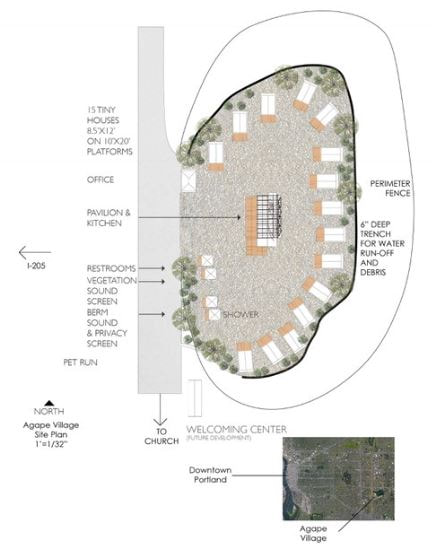 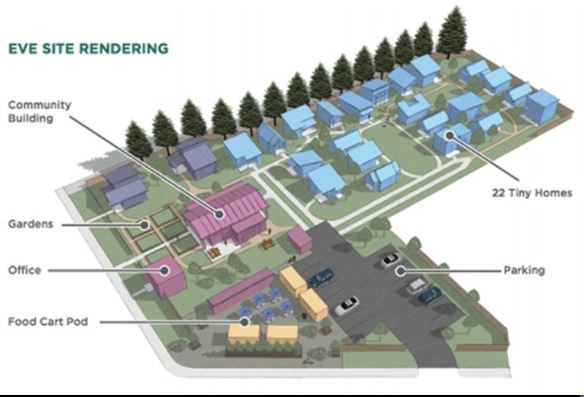 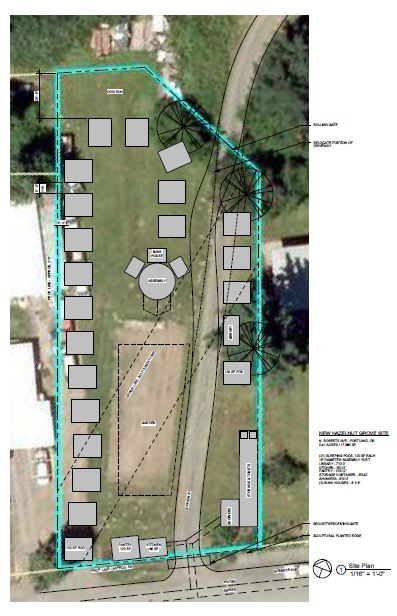 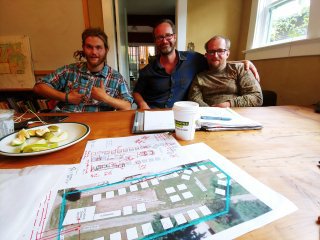 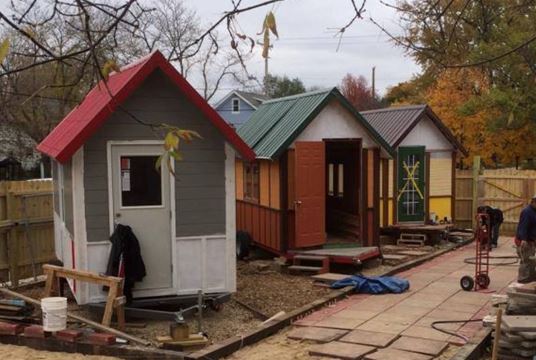 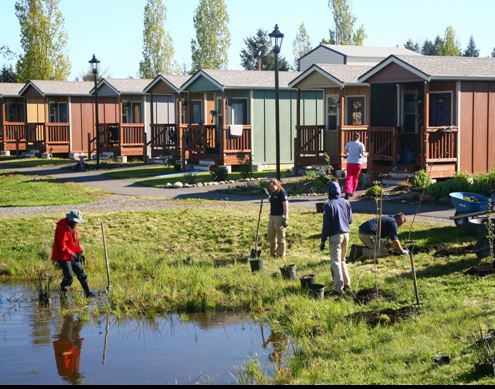 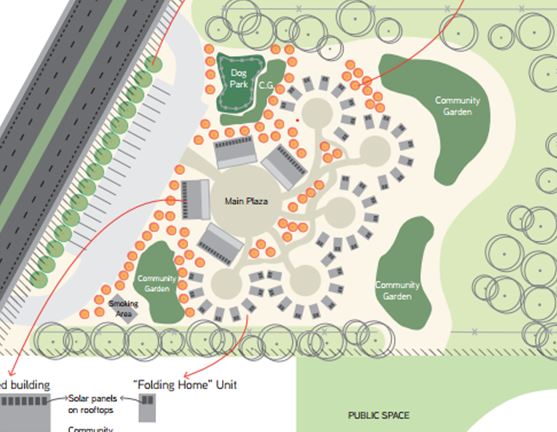