Veteran's Village began when the residents of Clackamas County expressed concern about a substantial population of veterans experiencing homelessness within their community. Clackamas County government responded with a plan to designate under utilized county-owned property in an industrial area as a site for the Veteran's Village, and by providing funding for site development, construction, and operations of this innovative community. The program for this project includes a total of thirty sleeping pods (divided between two phases) and shared restrooms, laundry, showers, offices, kitchen, dining, meeting space, gardens, and a workshop.

The creation of the first fifteen sleeping pods was initiated by students at the Portland State University Center for Public Interest Design, who designed and built a stage backdrop for the Pickathon Music Festival. The stage design utilized trusses from the S.A.F.E. Pod, which was designed by SRG Partnership as part of a previous sleeping pod initiative that ultimately resulted in the creation of Kenton Women's Village. Approximately 700 trusses resulted in the spectacular Treeline Stage:
After the 2017 Pickathon Music Festival was over, the stage was deconstructed and the trusses became the primary structural component of the first fifteen sleeping pods to be inhabited at Veteran's Village. Born and Raised Construction oversaw construction of these fifteen sleeping pods, all with volunteer labor  coordinated by Communitecture's sister organization, the City Repair Project.
Along with our design consultants James G. Pierson (Structural), Marshall HIlton Design (Mechanical, Electrical, Plumbing), and AKS (Civil), Communitecture collaborated with Clackamas County, Portland State University, and Catholic Charities , to oversee the land use and building permit approvals. This included Conditional Use and permitting of each sleeping pod through the 2017 Oregon Residential Specialty Code, using alternative means and methods. The common buildings were provided by Pacific Mobile Structures.

After an inspiring process that involved cooperation among many businesses, non-profits, and departments within Clackamas County, the opening ceremony of Veteran's Village was held on September 13, 2018. The facility is operated by Do Good Multnomah, and has already resulted in a number of veterans transitioning to permanent housing as a result of their time at Veteran's Village.

We appreciate Clackamas County's persistence and willingness to address a serious need, as expressed by local citizens. This is an especially wonderful example of the village model, which builds community through participation among the villagers. We look forward to the next steps of this project, which are intended to include the construction of the workshop, which would then be used by the villagers to build the next fifteen sleeping pods as part of a construction skills training program.

Thanks to Adams Real Estate Photography and VueSpace 3D for the photos of the completed project. 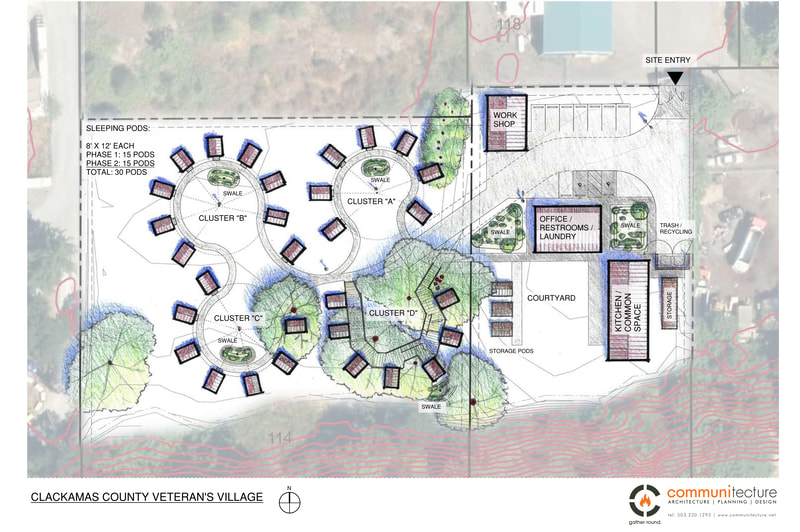 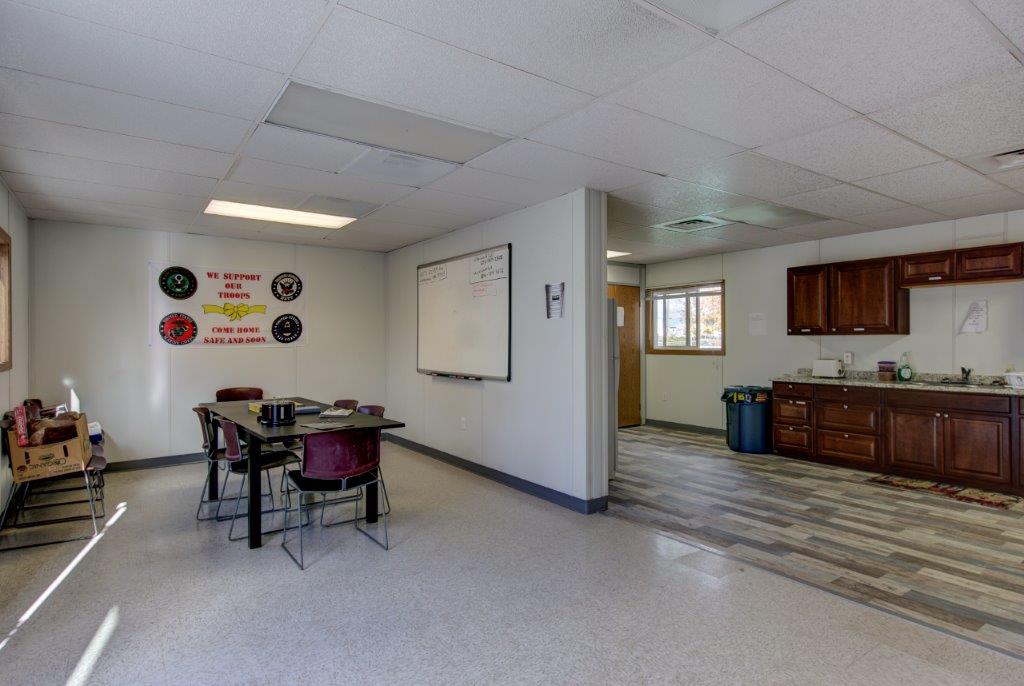 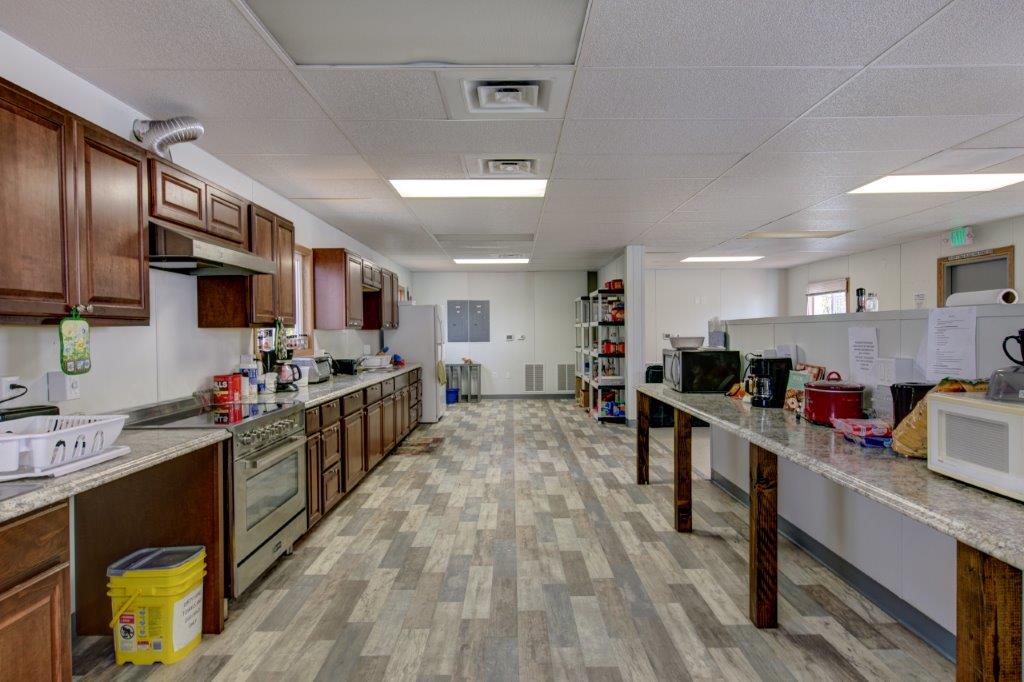 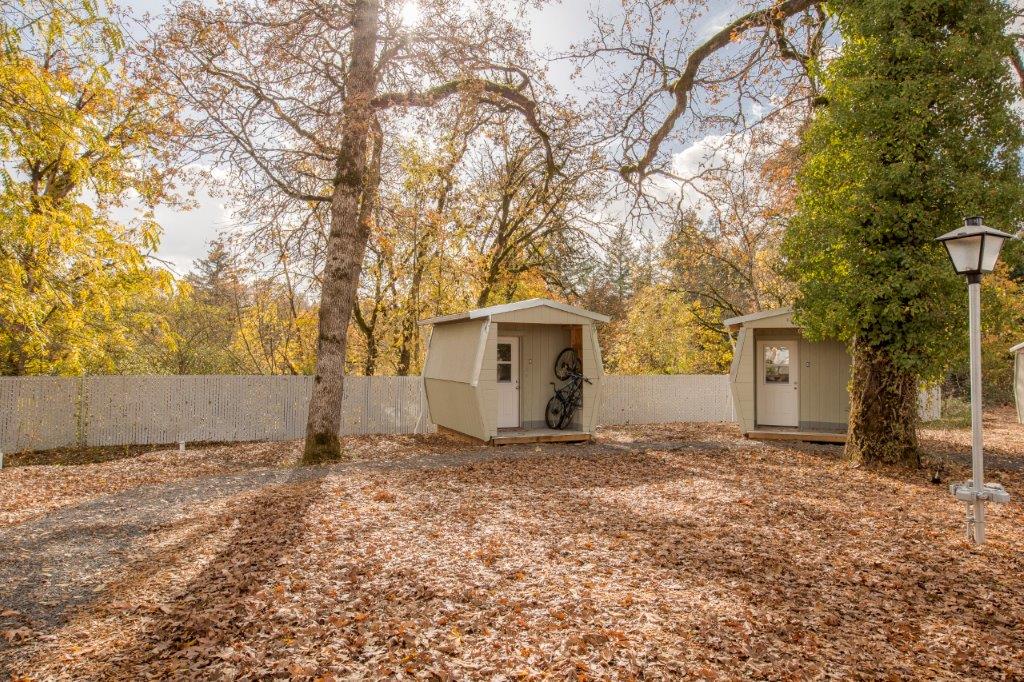 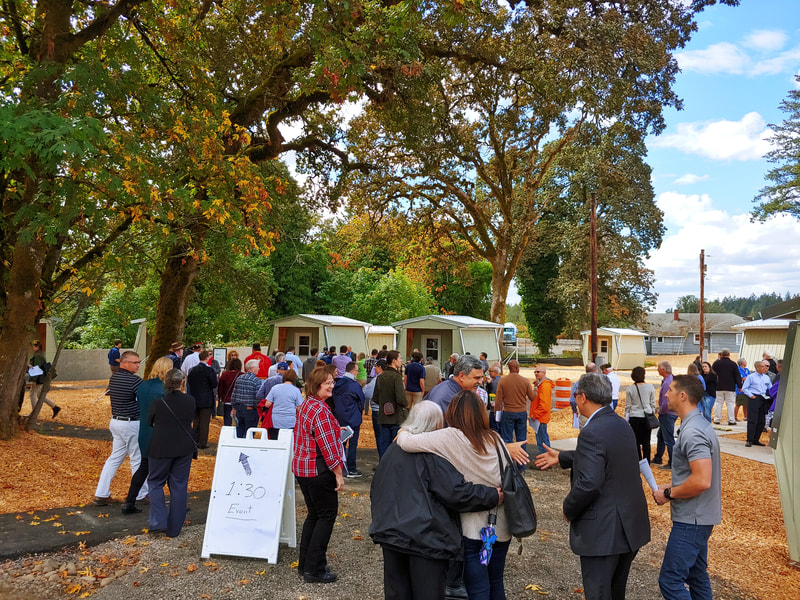 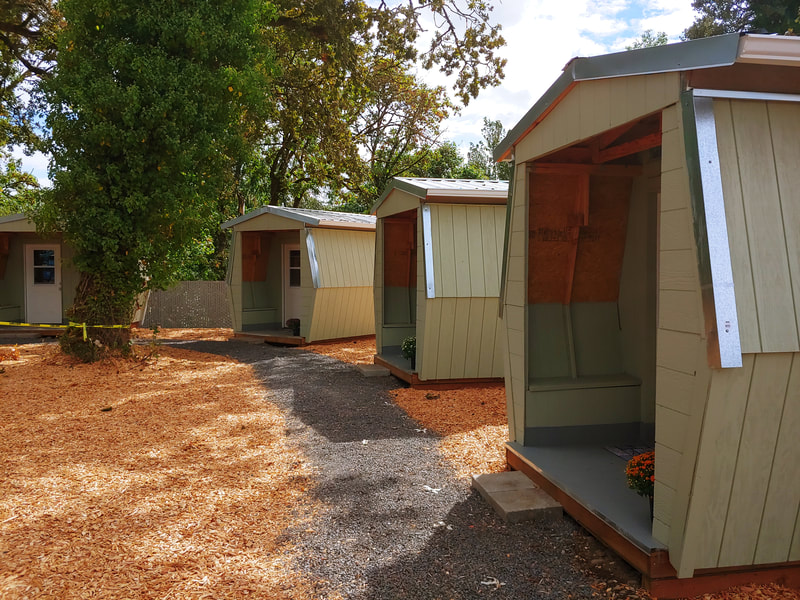 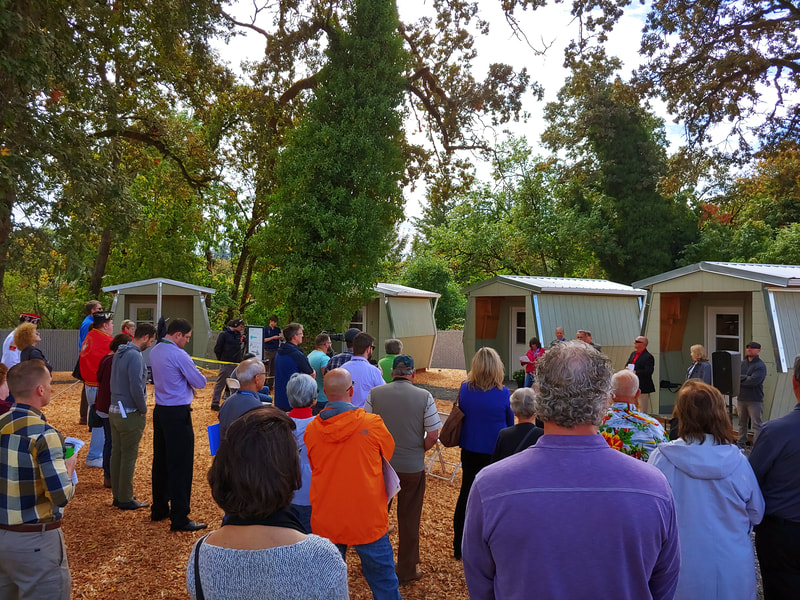 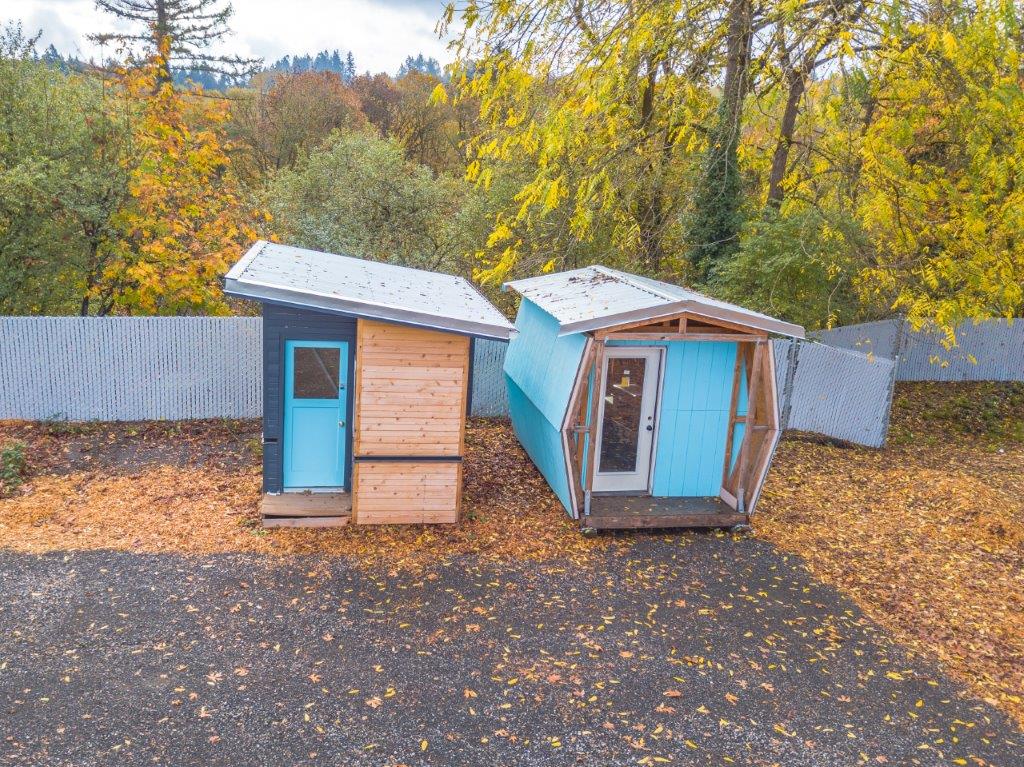 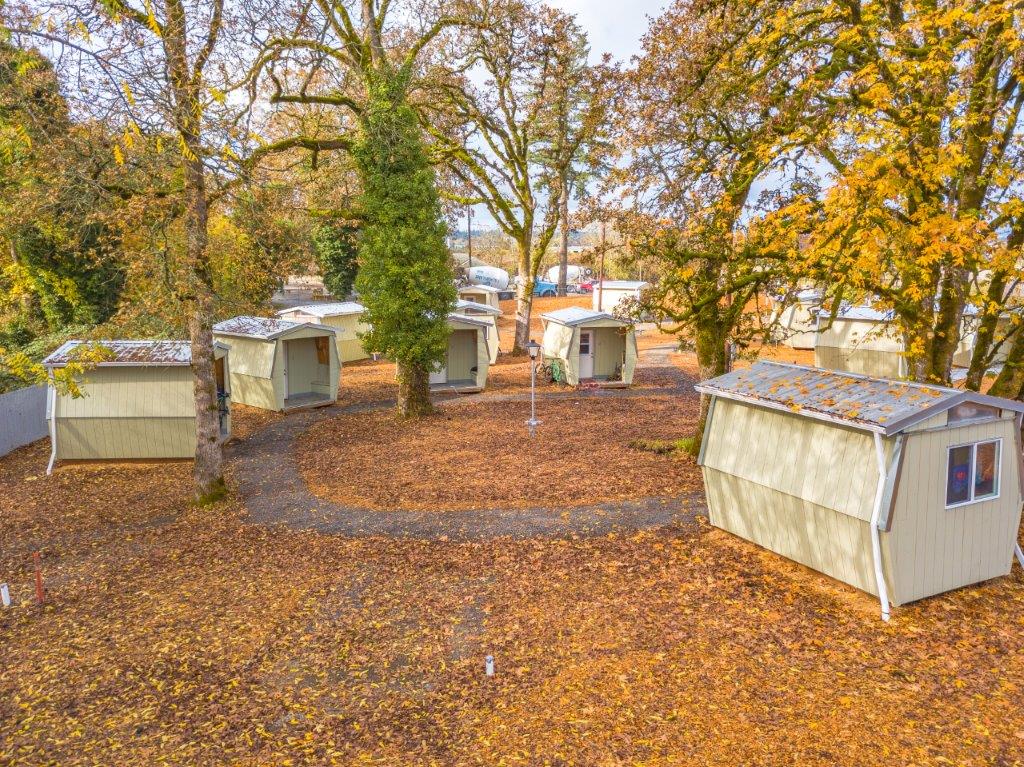 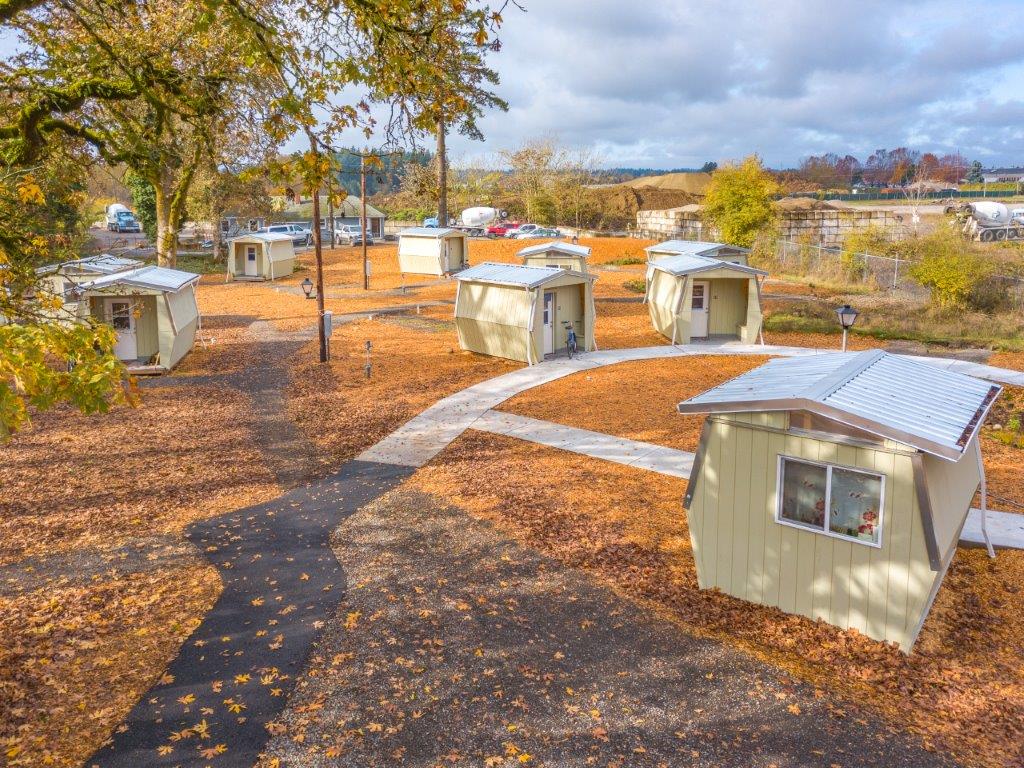 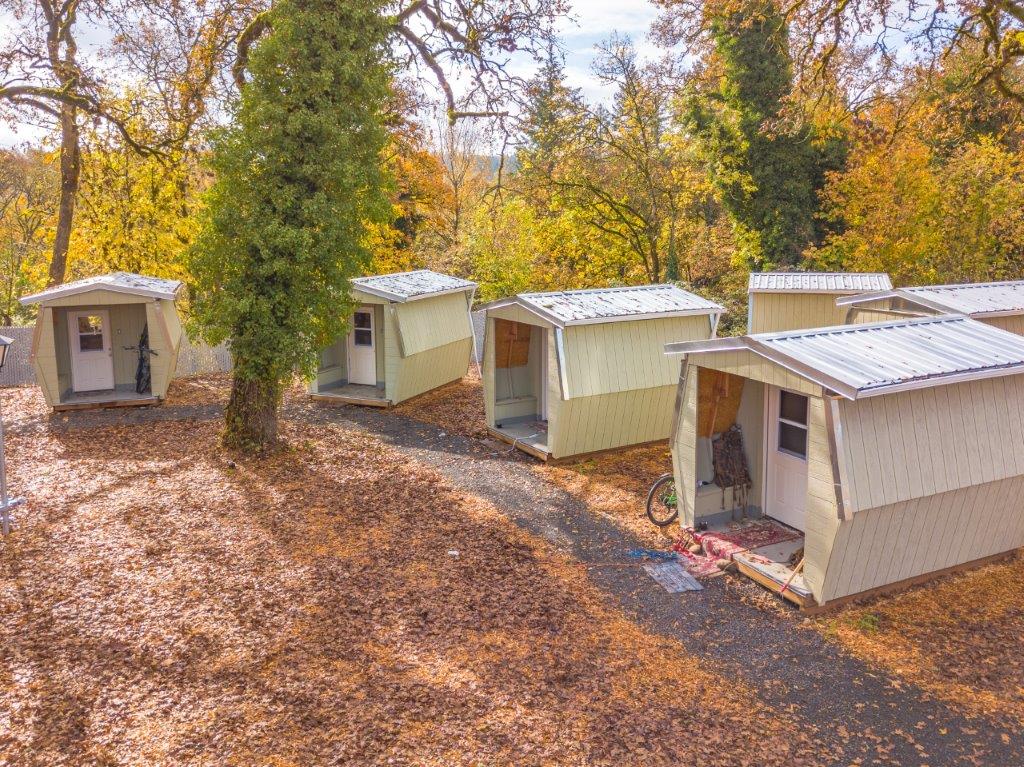 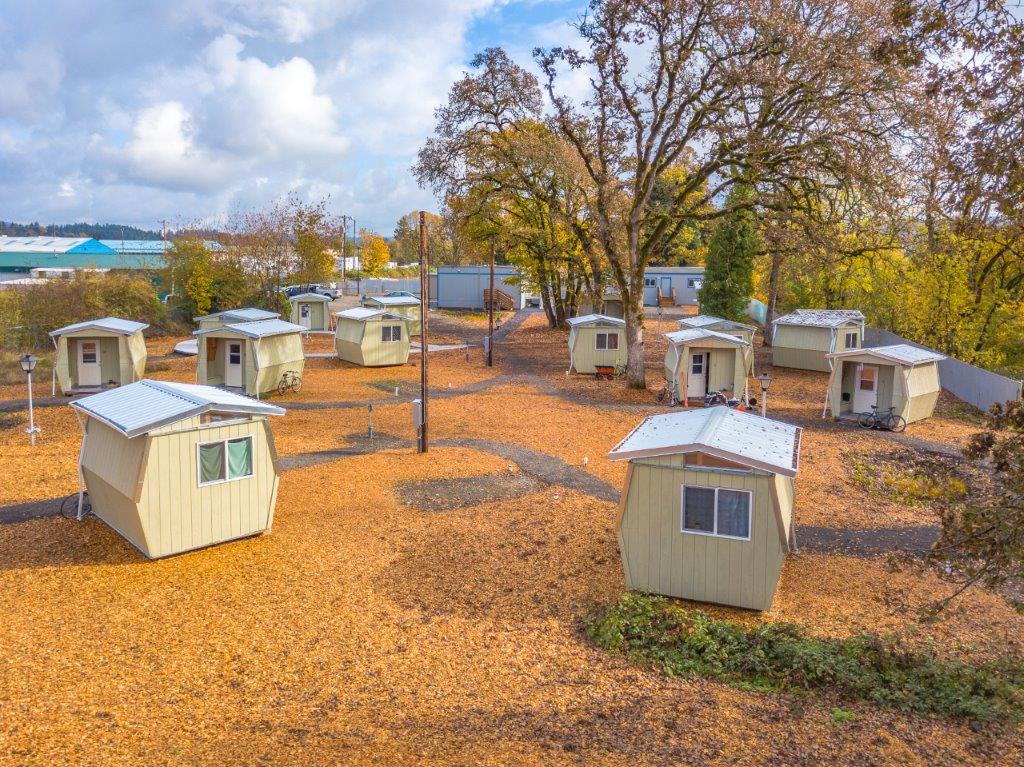 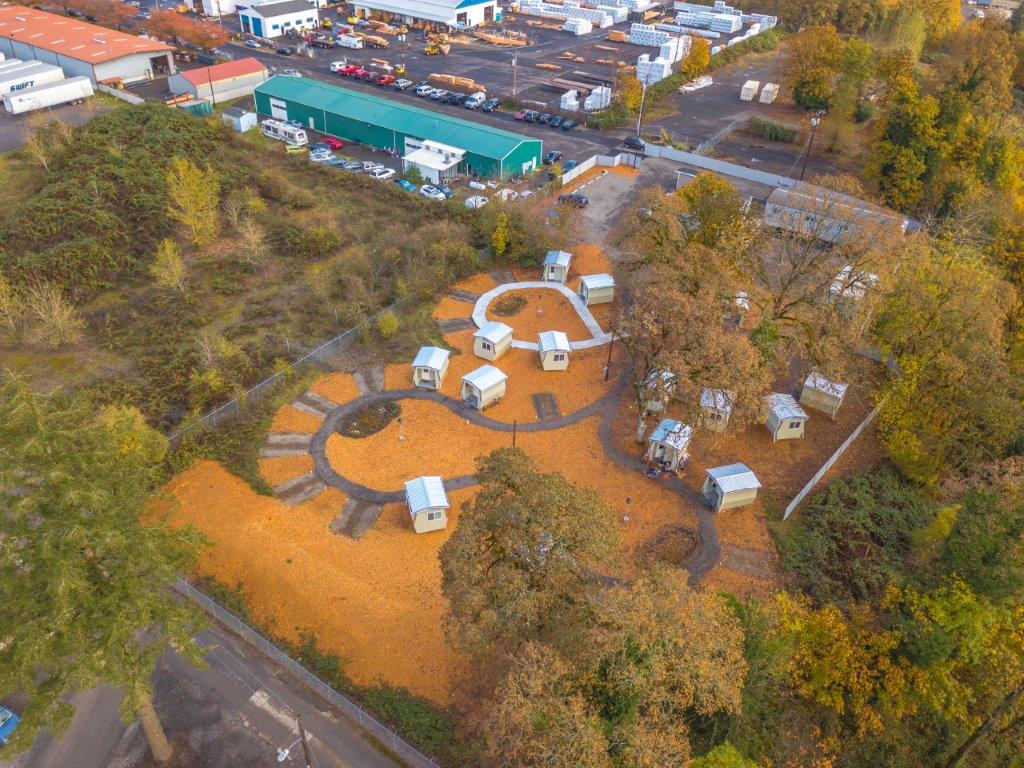 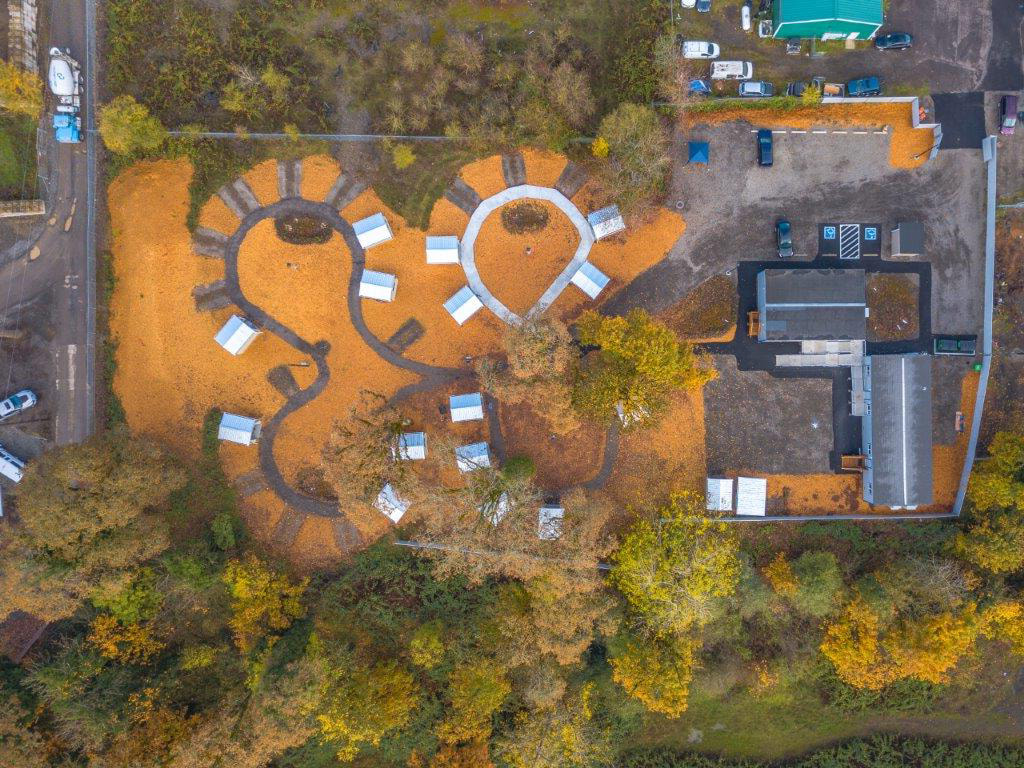