Commissioned by a political leader for his private home and designed for a typical urban lot, this retrofit food forest masterplan will supplant and replace existing lawns and shrubs.  All available land will be transformed into productive, fruitful environments that will support human, animal, and bird population needs including food and building materials.  Drawn and developed by Sebastian Collet and Mark Lakeman, the concept was originally drafted by another designer. 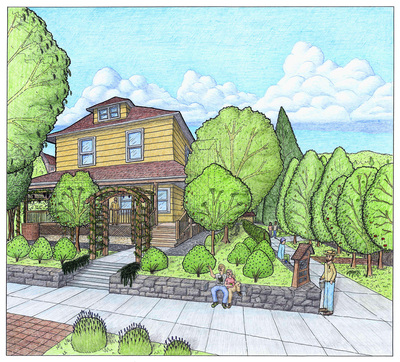 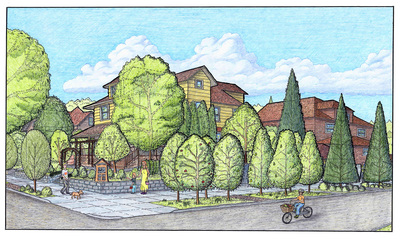 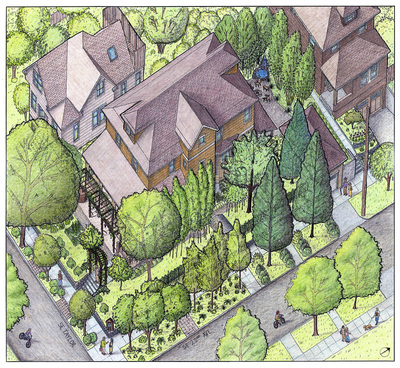